Be in the know Our BBQ Trip to Tennessee 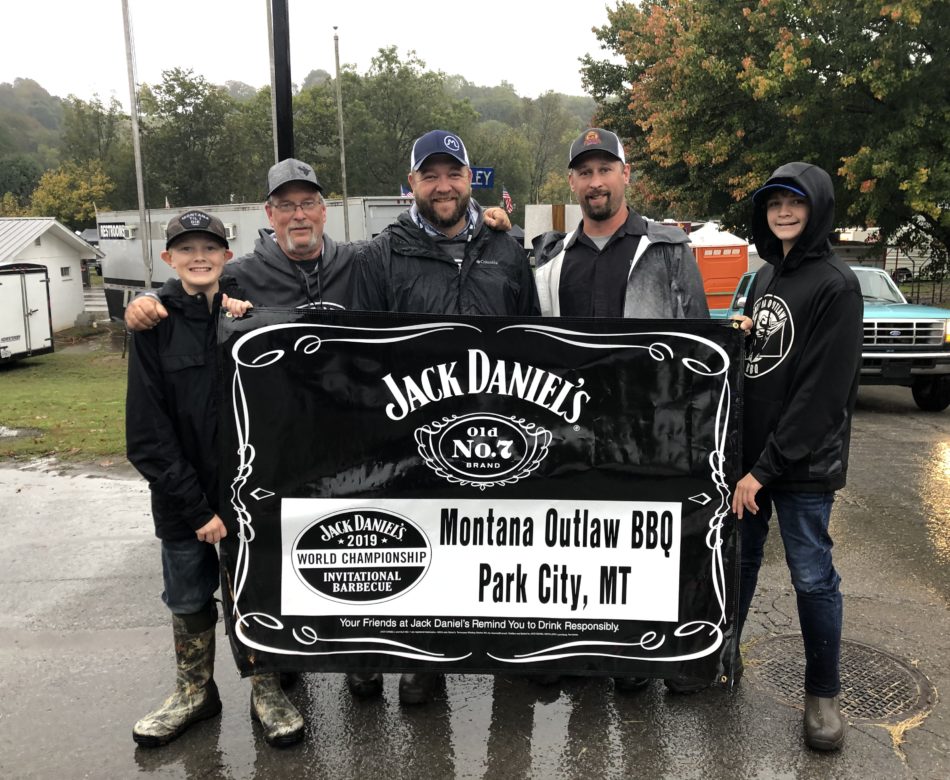 We love Montana, but Tennessee has also captured our hearts. We love going down to the Nashville area. It has great people and the beautiful rolling hills, especially in the fall with the colorful leaves, makes it feel like our second home. We spent about a week there in October this year for two KCBS contests and to award our first BBQ Hero recipient. It was a memorable trip!

Originally, we intended to go to Mount Pleasant, TN for a contest there, however, it got canceled so we looked around for other contests nearby. We found the Big Buffalo Crossing BBQ Cook Off in Munfordville, KY. We ended up winning Grand Champion at the contest! It was a great boost of confidence going into the Jack Daniels World Invitational BBQ Contest the next weekend. We appreciate the hospitality of the contest organizers–truly something to be said about southern hospitality. 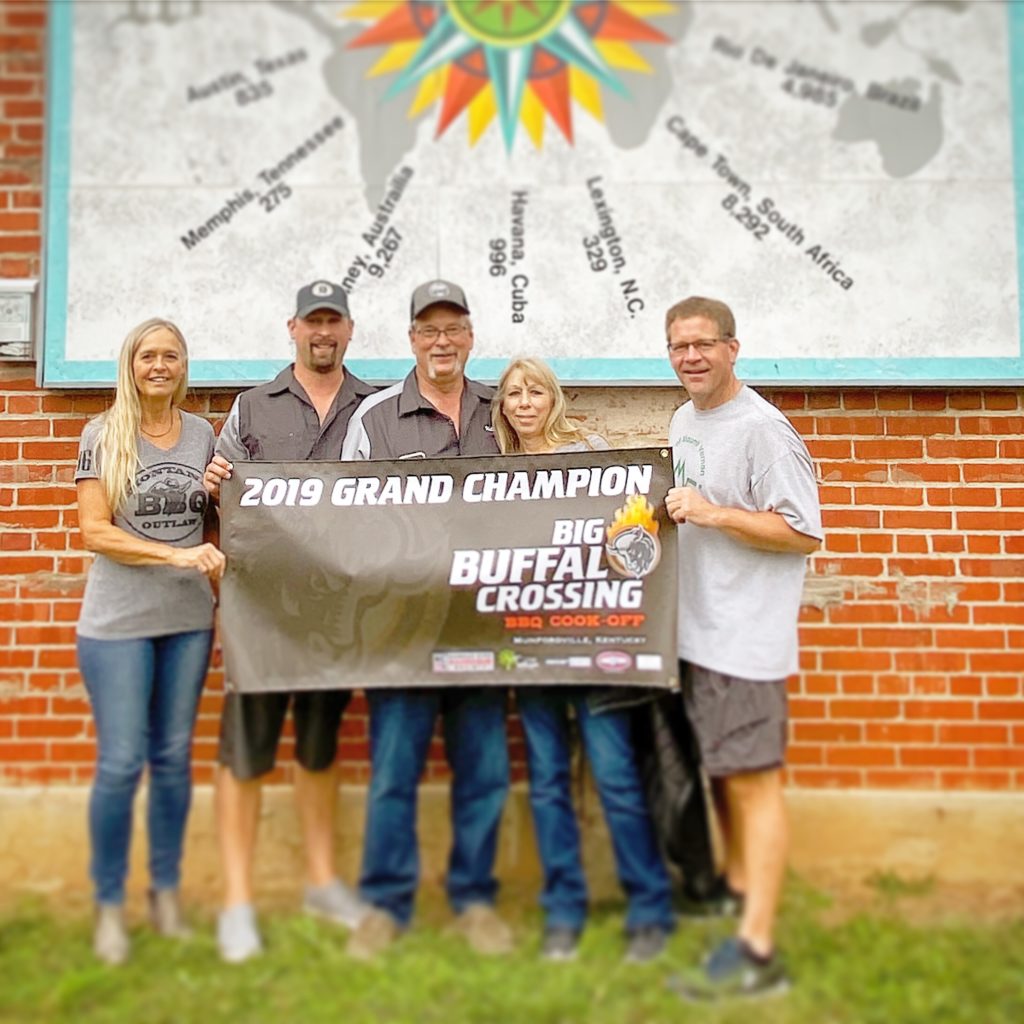 Sunday, the rest our of crew finally arrived after several flight delays. We had the guys, Levi, Andrew and Jasper, from Advrt Labs join us for the week to shoot BBQ Hero. Monday morning we met up at Hart Ace Hardware, owned by friends that are basically family now, Frank and Robin. They were the first Ace store (besides our own) to carry our BBQ rubs. At the store we picked out the brand new Traeger grill and accessories for the BBQ Hero. Early afternoon, we migrated over to the Plantation Pub, the local hangout for firefighters. We worked with the bar owners and staff to get the patio ready for the big surprise. At this point, we’ve talked to the BBQ Hero’s friends and family but he still has no clue about it. Around 5 p.m. under the cover of doing a grilling demonstration, we announce to the bar patrons to come out to the patio. After some introductions and a lead up we announce our first BBQ Hero–Gary Hargis Jr.! He was shocked! All of the months planning this project paid off when we surprised him. 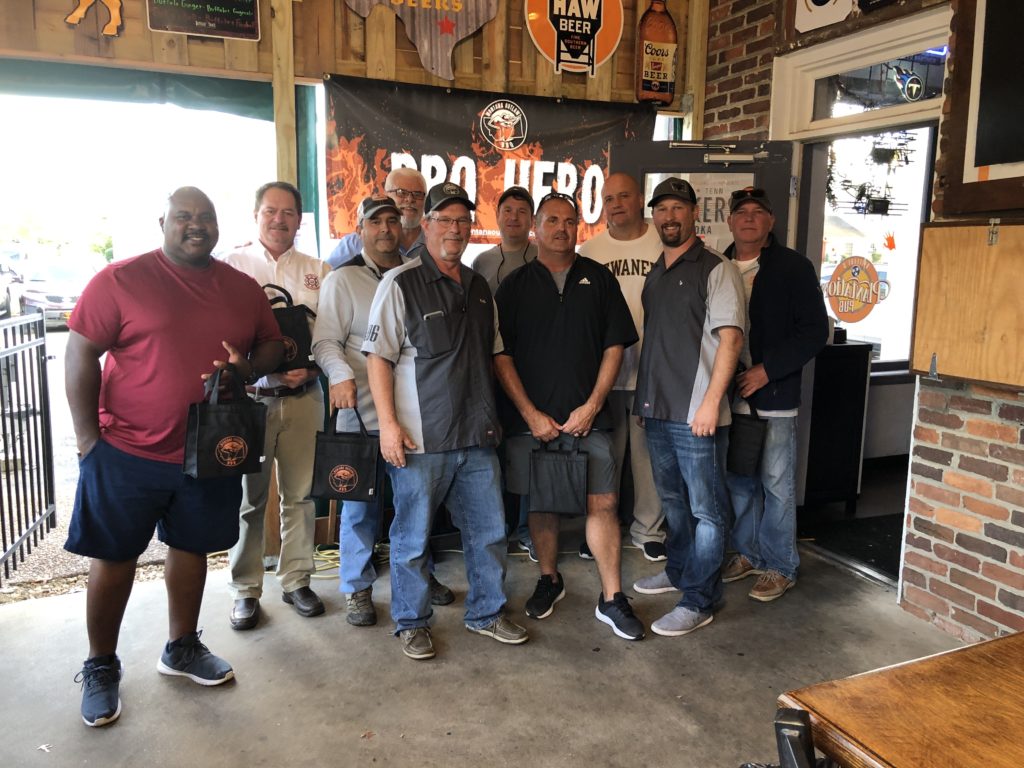 Tuesday morning we reconvened at Plantation Pub at spent the day getting to know Gary better and teaching him about smoking meat. We couldn’t have had a better first BBQ Hero. He is kind, generous, and does so much behind-the-scenes without recognition. With the help of his friends we were able to thank him for his service and passion for the community. He’s truly a great man. We can’t even put into words what all he’s done, you’ll have to see for yourself and watch the first episode when we release it.

Big thank you to Hart Ace Hardware, Plantation Pub, and everyone that helped keep the secret and make it so special!

The rest of the week we spent sightseeing Nashville, working on our camera presence, and moseying down to Lynchburg for the Jack Daniel’s World Invitational BBQ Contest. Justin, Lisa, Wyatt and Trey flew in Wednesday and joined us for the rest of the week. If you’ve never traveled the backroads of Tennessee, we highly recommend it. It’s beautiful! It’s an honor to be at The Jack and we soaked up the whole experience, quite literally. It rained, and rained, and rained. We were soaking wet! It was great to have Justin and the boys with us for the cook. We don’t always have the full team together so we treasure it when we do. Although the results didn’t fall in our favor this time, we still had a great trip and we hope we’re lucky enough to come back again. 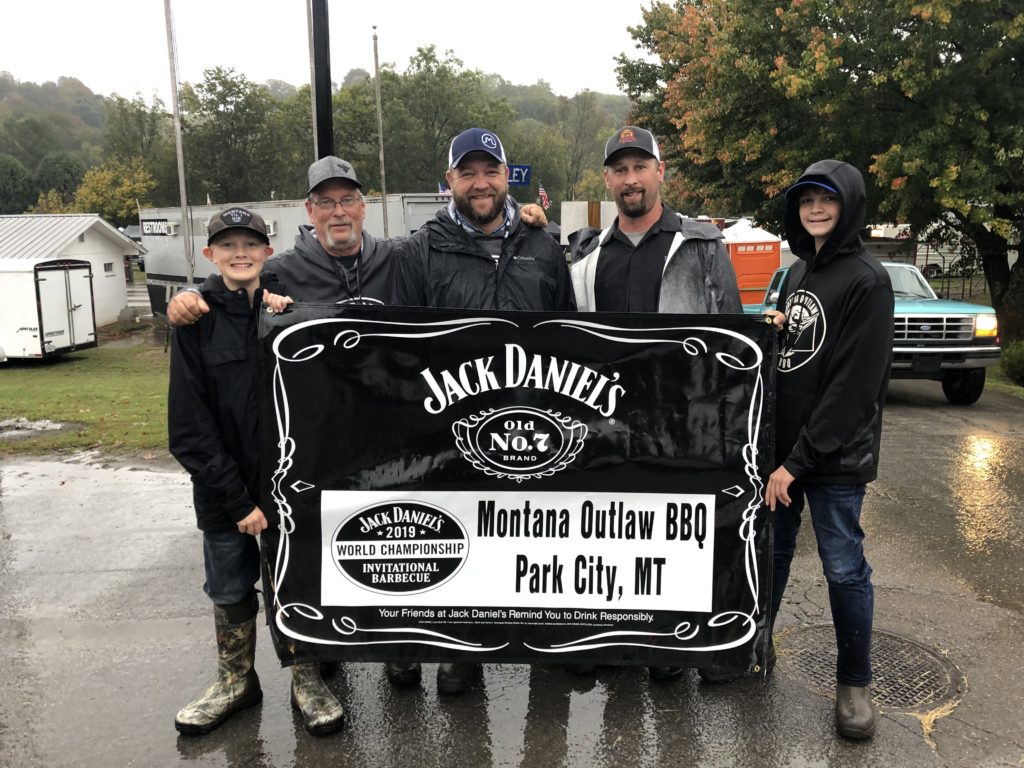 Stay tuned for the release of the first BBQ Hero recipient and more competitions!